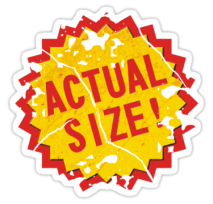 I got a great question from blog reader Lois that I wanted to talk about (with her permission) here.

“Anyway I wanted to write to you because I follow your blog religiously and recently read an older one about coming out as fat. This really interested me because I thought- if I take the sting out of the word then it can no longer be a word that’s used to harm me. I don’t need to be in denial, constantly trying to tell myself that ” I’m almost thin but not really but a bit fat but oh my god what do you think people think I am and what if they say I’m fat or chubby again that would be the worst insult ever” (etc)

As you can see my inner dialogue indicates that I have some personal internalised fat phobia to overcome.

I want to feel a sense of liberation and OWN the words that have haunted me since I was a small child yet I do not feel right using the word fat as a descriptor for myself as fat as people face discrimination that needs to be recognised which I don’t necessarily experience.

So I am struggling to find a balance between feeling liberated and neutralising the word to describe my body ‘I am chubby’, ‘ I have chubby arms, they jiggle, I have a rounded belly’ etc but not co opting a word that the fat acceptance movement have worked hard to neutralise.

Please help- any suggestions would be greatly appreciated.

First of all, I really appreciate that Lois is thinking about this and asking these questions. Figuring out our privilege and how to wield it to advance social justice, especially for those with less privilege, is an important part of activism. I also appreciate her being honest about her internalized fat phobia. I’ll take this opportunity to point out that considering the culture we’re all living in, it’s not exactly a galloping shock that we would all have some internalized fatphobia to overcome – the important thing is realizing it, placing the problem where it belongs (on a culture of fatphobia and not on fat bodies,) and working on it.

Deciding who gets to call themselves fat is tough because it can be so relative, and we often think of it as based on who gets called fat vs. who gets to call themselves fat or who thinks of themselves as fat. But even that gets complicated since “fat” among would-be actors in Hollywood is different than “fat” among people in line at the grocery store.  (In triathlons I’ve seen the division for “larger” athletes start at 145 pounds and in forums those 145 pound women – literally half my size – absolutely believe that they are fat. And, sadly, some think that’s a bad thing.)

I also think that there’s a difference between self-identifying as fat and reacting to being called fat in ways that neutralize the term. So, while someone smaller might choose to identify proudly as “chubby” or “small fat” rather than just fat, or to try to center the voices of fat people in conversations around fat oppression, I think that if they are called fat (or they are around when someone else is called fat) they can help neutralize it by saying something akin to “so what if I am, there’s nothing wrong with being fat.” People using fat as an insult only works if other people think fat is a bad, thing so we can help neutralize the term in our responses by asserting that there’s nothing wrong with being fat, rather than saying something like “she’s not fat” or “she’s not that fat.“

I hope that people are thinking about privilege and self-identification the way that Lois is.  (That said, personally I’m less worried about people who aren’t fat identifying as fat than I am people who making their living modeling clothes made for fat people who think that being fat is a bad thing.)  However you choose to identify, you can look for ways to resist, dismantle, and opt out of a culture steeped in weight based oppression.

Want to talk more about ending weight based oppression?  Join us for the Fat Activism Conference:

Click Here to Register for the Fat Activism Conference

If you enjoy this blog, consider becoming a member or making a contribution.

If you are uncomfortable with my selling things on this site, you are invited to check out this post.

One thought on “Can I Call Myself Fat If I’m Just Chubby?”