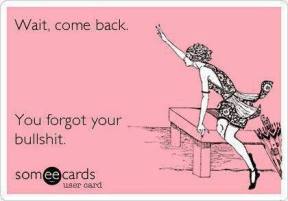 Val Chmerkovskiy is one of the pros on the US television show Dancing with the Stars. His fame on the show has garnered him 365,000 Facebook followers.  That’s a big platform. So it’s too bad that he decided to use it to fat-shame a 9 year old girl with Down syndrome.

He posted a picture of the girl drinking a soda at a baseball game with the caption “Letting your kid become obese should be considered child abuse.” When people pointed out how absolutely inappropriate this was, he responded with the “I have fat friends” defense, saying that his “mother is heavy set” and he thinks she is “the most beautiful woman in the world.”

Then he pivoted to some concern trolling:

I have no desire to discriminate or shame, I just think people should have a little more knowledge and take more responsibility when it comes to their children’s diet. That’s all. It’s not about what I find beautiful or not, it’s about what’s healthy or not. Anyway, thank you.

Thank you?  I’m thinking of a two word phrase, “you” is the second word, but “thank” is most definitely not the first.  This is such bullshit I feel like I need boots to break it down but here goes:

This is what happens in a society where fatphobia is not just accepted but actually encouraged, often by the government. When people are encouraged to join the “war on obesity,” we get people who think it’s actually ok to fat-shame children. Kids come in lots of sizes for lots of reasons and stigmatizing the kids and accusing their parents of child abuse is a stunningly terrible idea. Just ask the parents of Anamarie Regino who was torn from her home at 3 years old.  When she failed to lose weight in foster care it was determined that a genetic disorder caused the weight gain and she was returned to her family. Oddly, parents seem to find “We’re sorry, our bad” to be cold comfort for the pain and loss caused by having their kids ripped out of their home because of the way they look.

The girl’s sister saw the picture that Val posted and was justifiably shocked. It seems that, like so many pictures of fat people, this picture was taken without the girl’s (or her parents’) knowledge or permission, with the express purpose of mocking her. Val took the photographer’s dream of fat-shaming a little girl and gave it the wings of his 365,000 followers. The girl, now 16, and her family are suing the photographer, Val, and CBS (the picture appeared on cbsnews.com) to the tune of $6 million.

Maybe that’s what it will take to make this trend of fat shaming memes based on pictures taken without permission to stop. Maybe if stigmatizing, stereotyping, fat shaming, and making baseless accusations about fat people becomes expensive, it will help those who lack the capacity to treat other people with basic human respect to, if not locate their humanity, at least not visit their issues on the rest of us.