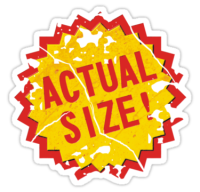 Thanks to reader Harmony for providing the inspiration for this post!  Part of it is a re-post from a past blog and part of it is new to address new questions. Reasonably often I see somebody – typically somebody well intentioned – suggest that we should stop using the word fat.  Recently I actually saw someone say that fat people “shouldn’t be allowed” to call ourselves fat.  Sometimes when it is discussed, “fat talk” is short hand for negative body talk, but often it’s literal.

The issue here is that, however well meaning, saying that we shouldn’t call people fat suggests that being fat is such a terrible thing that we shouldn’t utter the word out loud.  Fat people are not Voldemort and making fat seem like the “physical descriptor that must not be named” actually further shames and stigmatizes people who are, in fact, fat (whether we call them/ourselves that or not.)

Many people who meet the social definition of fat don’t identify as such. This is typically because society has been allowed to heap all kinds of nastiness onto a perfectly good adjective. In response, many of us choose to embrace the word fat because we get to choose what words have power over us and we have decided that when it comes to how we describe our bodies, the bullies can no longer have our lunch money. Of course, nobody is obligated identify as fat, but at the end of the day even those who choose not to identify with the word fat – either because of the negativity that has been heaped upon it, or because it was used as a weapon against them, or for some other reason – are still fat by the social definition. So when someone says “Don’t call people fat” because it’s body shaming, they are saying that there’s something wrong with being fat, which is – you guessed it – body shaming.

The problem isn’t that people are fat.  The problem is that there is so much social stigma around being fat.  It is in this way that we get sayings such as:

and people who think that their lack of condescension for a fat person who went running is so important that they should write about it.

To understand the problem, try substituting a characteristic that is more socially neutral.  I’m also brunette, so we’ll use that:

“You’re not brunette, you just have brown hair!”

“To the brunette running on the Westfield track, if you’d look at me when you pass you’d see that there’s no condescension in my eyes, I have nothing but respect for you.”

The first one sounds patently ridiculous.  The second is offensive – since obviously being brunette and being beautiful are not mutually exclusive. The last one is just whackadoodle, why would it be noteworthy that someone didn’t have condescension for a person with brown hair who went running?

The fact that these three phrases are vastly different with two different adjectives speaks to the effect of society’s weight bias, and that won’t be solved by calling fat people something else.

The trick is to end body shaming and negative body talk full stop – not to suggest that we should abandon the use a perfectly good physical descriptor because people have been allowed to heap negativity onto it.

Here’s what I think:  We don’t need an end to “fat talk”, we need an end to fat stereotyping, fat stigmatizing, fat bashing and fat-based healthism (along with all healthism while we’re at it.) We need to acknowledge that bodies come in lots of different sizes for lots of different reasons and that people of all sizes deserve to be treated with respect – which includes the absence of stereotyping based on physical appearance.  I think that we need to end body snarking and body bashing of all kinds, and I think part of that is creating a world where calling someone fat doesn’t constitute either.

Book Me!  I’d love to speak to your organization. You can get more information on topics, previous engagements and reviews here or just e-mail me at ragen at danceswithfat dot org!

A movie about my time as a dancer is in active development, you can follow the progress on Facebook!

13 thoughts on “Should We Be Fat Talk Free?”