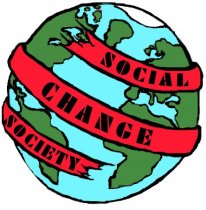 I recently went to the doctor with my girlfriend for a follow up visit and she was furious to find that at the top of her chart in addition to the actual medical diagnosis the doctor had written “morbid obesity” – a diagnosis that the doctor made by sight since they never took her weight or height.  I was extra furious because that’s not even correct.  Morbid obesity is also known as Class 2 Obesity.  Both both my girlfriend and I are class 3 – Super Obese (which I think should come with a cape and a secret identity, but that’s another blog.)  I was irritated because if the doctor is going to make a bullshit diagnosis based entirely on looking at someone fully clothed, at least it could be a factually correct bullshit diagnosis.

Everywhere I look I get messages that being fat is just the end of the world.  From people who spend tons of their time, money, and energy desperately trying not to look like me, to fear mongerers who try to sell me their weight loss crap by suggesting that I’m one McNugget away from dying of OMGDEATHFAT, to those who insist that no matter what I say about my life, they know better than I that being fat means an end to everything – no love, no happiness blah blah blah.  I’m as fat as you can get on the BMI Chart, and I feel fine. I’ve never suffered from obesity, I have suffered mightily from the shame, stigma, and oppression that I deal with in our society.  It has to stop – I am ready for the end of the world as we know it as far as public health goes.

Let’s create a world where public health no longer means that fat people’s health is the public’s business.   Let’s create a world where public health means giving all people options for foods they want to eat that are available and affordable,  movement options they enjoy (that are both physically and psychologically safe with absolutely no bullying, teasing, etc.), and healthcare that is accessible and affordable. Let’s create a world where we acknowledge that shame, stigma and oppression are awful for people’s health and so a major public health initiative, maybe run by the First Lady, is ending all shame, stigma and oppression – including that based on body size.  A world where people’s choices about their health are treated as personal and not up for public comment. Where we realize that people of all sizes get sick and, when they do, we don’t waste a second trying to figure out if they can be somehow blamed for being sick but rather get them the care that they desire.

I’m very ready for an end to the world as we know it, but in the meantime, I’m fat and I feel fine.

To listen to this blog as a podcast, click here!

We’re over 1,200 signatures and picking up steam, please consider signing the petition to keep kids off The Biggest Loser and reposting it around the web.

I’m having a Holiday Sale.  You’ll get 20% off whatever you buy plus an upgrade from media mail to priority shipping in the US.  Support my work, get cool stuff, win-win.  Click here to check it out.

The e-book is still name your own price

Become a Member (not on sale, but still pretty cool!)

I created a membership program so that people who read the blog and feel they get value out of it and want to  support the work I do can become members for ten bucks a month  Members are the first to know about new projects, get to see things before they are released, get “Member Deals” which are special deals to my members from size positive merchants. Once you are a member I send out an e-mail once a month with the various deals and how to redeem them – your contact info always stays completely private.  Join Now!

9 thoughts on “And I Feel Fine”