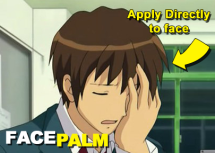 I have seen some crazy things when it comes to study interpretation but this one may take the cake.  The full article is here, but here are the high points:

The study looked at weight loss in post-menopausal women during and after a five month diet. They found that:

To be clear, this study did not include a control group and so they aren’t sure if the proportion of weight regained is because of the dieting, or due to the natural change in body composition over time.

So what does researcher Barbara Nicklas, PhD, professor of geriatrics and gerontology at the Wake Forest School of Medicine say?

I think there are huge benefits to losing weight. When older obese people deliberately slim down, their osteoarthritis improves. They can get up out of chairs and climb stairs more easily. Even if they eventually regain all of the weight, she says, it usually takes a few years to do it.

Ok, there is confirmation bias, which is a bad enough trap for a scientist to fall into, but then there’s sticking your fingers in your ears and yelling LALALALALALALA.  I feel pretty strongly that this is the latter – this is a special kind of stupid. First of all, nothing in her data proves that weight loss will help osteoarthritis, stair climbing or getting up out of chairs.  But even if it did, this woman really thinks that a “huge benefit” is to have these improvement for a year before you gain the weight back (and then some) while losing muscle mass, thus leaving you in worse condition than when you started for the rest for the rest of your life?

You know what helps people get up out of chairs and climb stairs more easily?  Movement and increased strength  (of which weight loss is a possible, but likely temporary, side effect).  You know what doesn’t help getting out of chairs, climbing stairs, or osteoarthritis?  Being heavier than you were a year ago with less muscle mass.  Would we give someone medication that prevents heart attacks for a year and then INCREASES their heart attack risk for the rest of their lives?  Would you take birth control that had a near 100% success rate for the first year but then made you MORE likely to get pregnant for the rest of your life?

Nicklas also notes that “There are a few very vocal geriatricians who are totally against an older person losing weight,”   Which is to say that, apparently, there are only a few geriatricians who posses both a basic understanding of human anatomy and the ability to do very simple math.

The title of this article is “If Postmenopausal Women Lose Weight, They’re Better Off if They Keep It Off”   Which is the equivalent of saying “If Postmenopausal Women are in a Plane Crash, They’re Better Off if They Can Fly.”  Nothing in the study suggests that the researchers have the slightest clue how to keep these women from regaining their weight, only that when they regain it, they may be gaining fat and losing lean muscle. Were we not so entrenched in a weight loss paradigm, a more reasonable title would be “Study Shows that Weight Loss Attempts May Not be Beneficial in Post Menopausal Women”. Somewhat unbelievably that would likely be controversial, but the ridiculous conclusion that “there are huge benefits to weight loss” is what we expect to hear despite no actual benefits being proven by this research.

I’m not just talking about this because I love a good rant (although I do).  I say it because this is the kind of thing that gets picked up by the media with the headline “Huge benefits to losing weight in later life, says researcher”.  We have to remember to keep a very critical eye and ask questions because people are very seriously entrenched in the weight loss paradigm and clear evidence, even evidence that they created, cannot always shake their belief in the mystical, magical power and likelihood of weight loss.

This blog is supported by its readers rather than corporate ads.  If you feel that you get value out of the blog, can afford it, and want to support my work and activism, please consider a paid subscription or a one-time contribution.  The regular e-mail subscription (available at the top right hand side of this page) is still completely free.   Thanks for reading! ~Ragen

19 thoughts on “A Study in Paradigm Entrenchment”