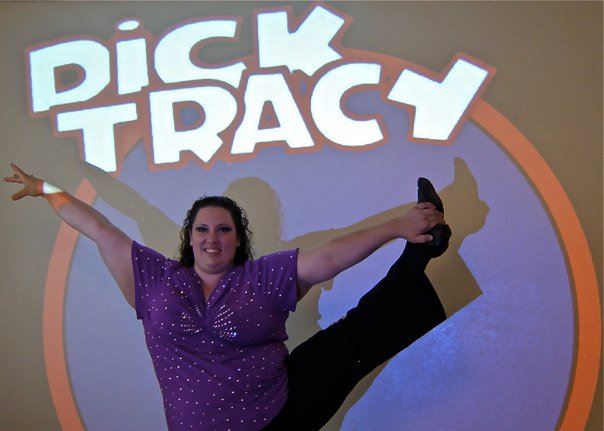 This is really a continuation of my post yesterday about the ballerina who was criticized for looking like she had eaten “…one sugarplum too many…”.

I think that this is a horrible thing to have happened to her (especially since she has a history of anorexia).  I support her in whatever way she wants to handle the situation.  I’m telling you that because I want you to know that I’m not criticizing her when I mention that in every interview I’ve seen and heard from her she has said “I’m not overweight”.

The reaction of a lot if not most of the comments I’ve read about it have been “But she’s not overweight”.

Jenifer Ringer can leap in the air and has enough hang time to do a perfect split with beautiful extension – and she is SMILING while doing it.  Feel free to try it at home.  I’ll wait…

Go ahead and grab an ice pack, I’ll still be here when you get back…

Seriously, why is flying through the air in perfect splits not enough?   Why is it important that she be thinner while she does it?  It makes me think that this is not about the dancer’s issues, but about the viewer’s issues.

If someone is challenged by looking at snakes, the “cure” is to either avoid  snakes, or get therapy/hypnosis etc. to deal with the phobia.  The person with the challenge typically claims and owns that the issue is theirs – they don’t ask snakes to try to look more like bunnies.  However, if someone is challenged by looking at a fat performer, the “cure” seems to be that the performer should change their body.  It is not a perfect comparison but I think for many people the belief is that being repulsed by a warm-blooded, human fat performer is the natural course of things and therefore requires far less introspection, self work, and respect than if they were experiencing the same feelings in the presence of a cold-blooded reptile.

The reality is that in order to be successful as a fat dancer we have not just to dance beautifully, but we also have to somehow find a way to overcome other people’s stereotypes and preconceptions.  When people see us they often expect us to be slow, imprecise, and lumbering, and so they are training their eyes on us looking for those things.  Because that’s what they expect we have to work doubly hard to overcome their preconceptions.  There is also a tendency (especially among judges and coaches who aren’t my coach – the awesome Rowdy Dufrene) to blame every mistake on weight and to assume that every dance technique problem could be solved by having a smaller body.

We also have to overcome or at least circumvent the audience’s projected body image issues – for which we become unwitting targets just by walking on stage.  It makes some people severely uncomfortable and even angry that they are “struggling” with the 10 pounds they think they need to lose, even sometimes hating their bodies and wanting to hide them, while we are happily dancing through life flaunting a body that is 100 pounds heavier than theirs. Again, these are issues that lie squarely on the lap of the viewer and therefore typically constitute a big flaming sack of not-my-problem…

…except that, as a society, we can do better.  And there is a fat little girl out there right now who loves to dance and is scared to because of what people like Mr. Macauley will say.  So keeping that little girl in mind, I would suggest that the next time you hear someone make a comment about someone else’s weight, don’t ask yourself “Is that person really overweight”, ask them “Why does it matter”?